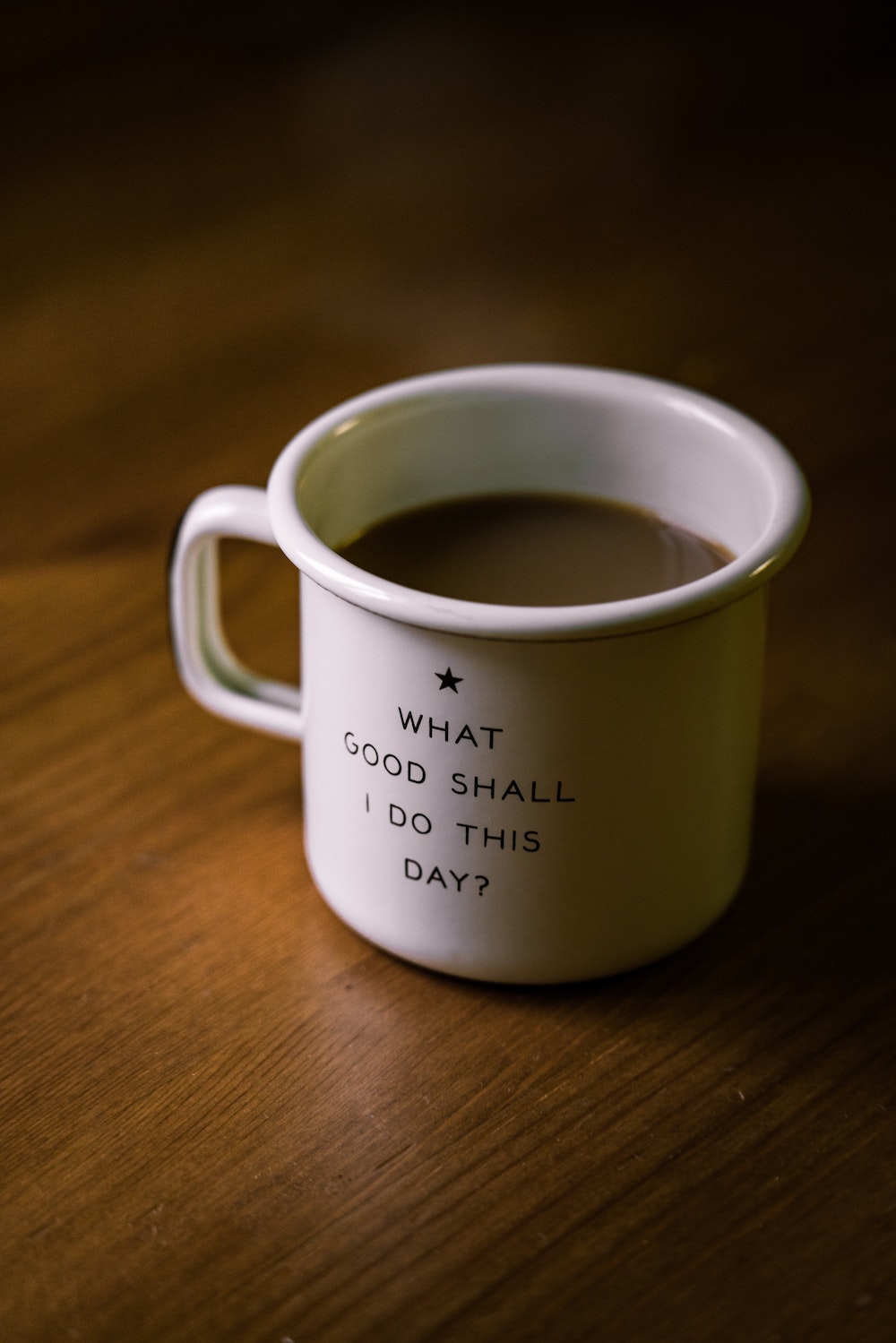 A former college boyfriend called me a few years back (he was, in fact, wanting to "reconnect" 😳) — we reminisced a bit about the first time we met and I expressed a lot of regret about my 18-year-old decision-making (oh, brother) and how I still carried some of those regrets around. To my surprise, he replied: "That's such an interesting perspective — all of us made stupid teenage mistakes — the Susan I saw was a young girl trying to figure everything out without the support she desperately needed."

Have to admit, I considered taking him up on the date offer after that statement. I didn't (that's another story 🤣) but I definitely would have hugged him if he were standing there at that moment. He was telling me what I knew in my heart — but I had chosen to hold on to the regrets about those years AND hold myself to a standard that we all fall short of (no mistakes). It was as if I had a "failure" tattoo — in my brain.

Fast forward (ahem, a few decades) and I found myself in an emergency caretaking role with my aging dad — the one I always wanted to make proud, though I always considered myself falling very short. One night before helping him get to bed, he said that he wanted to tell me something. My anxiety level leaped (along with my heart rate) before he said:

"You have the most courage of anyone."

My father is a true hero — one of the few remaining WW2 veterans, unmistakably the hardest working person I have ever known, the cotton picker with an eighth-grade education who joined the US Navy and finished college on his GI Bill, the well-respected, small-town pharmacist who everyone looked up to, and the mayor of that small town for over 16 years. He wanted me to know how HE saw me. He wasn't looking at my failures or regrets — rather he saw me as courageous. Of all the things I thought he might've told me at that moment, that was not at all what I expected.

Deep down, I knew that he was speaking to the daughter, Susan — the independent, hard-working, never-quit, entrepreneurial Susan who is harder on herself than anyone else could ever be. And he wanted me to see another perspective — and that he was indeed proud.

I’m not sure what this says about me, but I don’t have many regrets. 🤷🏻‍♀️ That does NOT mean I did everything right, nor does it mean I wouldn’t do some things differently — I would exercise more, spend less, not lose touch with good friends, and learn how to parallel park (among other things).

In a weird way, I regret that I don’t have more regrets because regret can be a motivator for change. I sometimes wonder what I might have accomplished if I had pushed my comfort zone and been more outspoken. But I'm pretty forgiving of my young self for two reasons: (1) I had parents who totally supported and encouraged me, and (2) I made the best decisions I could with the information and insight I had at the time. There were failures and disappointments, but in the end, I believe most things turn out the way they're supposed to.

This week I discovered the "Dead Eyes" podcast — which is all about regret and "what ifs". For 30 episodes, actor/comedian Connor Ratliff tries to solve a mystery that haunted him for two decades: why Tom Hanks fired him from a small role in the 2001 HBO mini-series, Band Of Brothers. This was a very big deal for the struggling actor, who was told by a production assistant that Tom fired him because he had "dead eyes" (and what does that even mean??).

In episode 31, Connor finally talks to Tom Hanks himself — and the conversation is an absolute delight. Tom doesn't remember the incident but says that being told about the "dead eyes" was a huge breach of casting protocol. And this leads to a meaningful exchange about regret, fate, and serendipity. Read a snippet below or listen to the whole episode here (highly recommended).

Connor Ratliff: Eventually I kind of fell backwards into show business again. But what I found when I looked back on the experience was that it had built a lot of character. When I returned to show business, I knew not to take everything so personally. I knew that for everything that can go right, it can also go wrong just as quickly. And eventually, the story became a very funny story. And if you remove one detail from the story... it no longer works.

Tom Hanks All right, so let's look at the stepping stones here. If that inner sanctum had been protected (e.g. if you hadn't been told about the dead eyes comment), you would have gotten a call that said, "Hey, this is great but they decided to go a different way", and that would have been that. So if the protocol had been followed, you would not have had as fascinating a story.

Connor Ratliff: I would have had nothing. It's been such a gift because we never would have arrived at this place if I hadn't had my little show business nightmare. It's been a real lesson in terms of learning even a negative experience can sometimes be the thing that is ultimately more rewarding than if I just had a lovely time filming for a day on Band of Brothers.

Tom Hanks: Well, isn't that the serendipity that you must have faith in? There is a type of seasoning of... who knows what's going to happen. A pure, unadulterated chance that moves stuff along somehow.

And here's the point.

‍In his book The Power of Regret (linked below), Daniel Pink argues that regrets can be transformative. And if we reckon with them in fresh and imaginative ways, we can enlist our regrets to make smarter decisions, perform better at work and school, and deepen our sense of meaning and purpose.

By understanding what people regret the most, we can understand what they value the most. Pink identifies four core types of regret:

Too many of us hold on to regrets instead of allowing them to serve as SIGNALS for the lives we want to live. I (Susan) never had the boldness regret, for example — I am willing to take great risks, even willing to face spectacular failures — because the ultimate gain is worth the risk. I learn, I experience, my worldview is expanded.

We all have regrets. We all make mistakes. They are not the same — but our regrets can teach, direct, and guide, if we allow them to. Far too many of us hold tightly to limiting beliefs about ourselves — and while those narratives are tough to shake, they do not define us.

This week we came across some relevant content in Jocelyn Glei's FANTASTIC newsletter.* We're re-sharing some of this below because it ties into our discussion about regret, self-limiting beliefs, and things that hold us back.

I (Jan) especially loved the video by Ira Glass, another favorite podcaster, about the gap between taste and creativity. Take a look.

THE GAP by Ira Glass from Daniel Sax on Vimeo.

"Every once in a while — often when we least expect it, we encounter someone more courageous, someone who chose to strive for that which (to us) seemed unrealistically unattainable, even elusive. And we marvel, we swoon, we gape. Often we are in awe. I think we look at these people as lucky, when in fact, luck has nothing to do with it. It is really all about the strength of their imagination; it is about how they constructed the possibilities for their life."